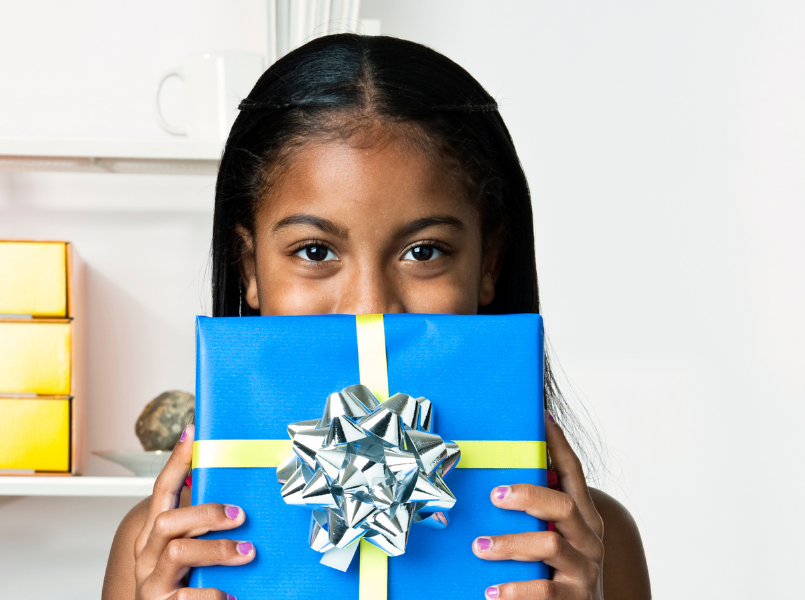 You probably know the look very well. The large, expectant eyes of a small child, that is handing you, what can only be called a ‘picture’.

I’ve lost count of the number of times that I have been given drawings that were supposedly of me, or pieces of half-eaten food, or bits of paper with precious rubbish wrapped up in them by my kids, or other people’s kids as a precious gift. All of which I gratefully accepted, not because I wanted them, but because accepting the gift was an act of generosity. It gave my kids the chance to experience what is was like to give something away that they worked hard on, or meant a lot to them. They could learn about giving gifts that other people would actually want later, in that moment, it was more important for them to experience being generous.

Most people would agree with that. But it doesn’t just stop with kids learning how to give.

There have been other times in my life when someone has tried to be generous to me and I refused the gift. Not because I didn’t want it, but because it felt like too much. I felt insecure and inadequate, and like I would be a freeloader if I accepted it. So, I said no.

There is nothing wrong with saying no, but there are times when accepting a gift is an act of generosity because of what it gives the person who gives it. We know that there are many benefits when we give and it’s important not to rob people of that experience when they are trying to give to us.

In saying that, there are definite times to say ‘no’…(more to come on this)

Check out The Generosity Podcast, this week we chat with @kabushkangemba about the generosity of creativity.
We are not just aiming for everyone to have more dollars in their bank account, that would help, but it is only one part of the process of each human being having dignity. We are aiming for every human to be respected, belong to a community, receive justice and have the capacity to reach their full potential.
It’s a cliché now. Finding your purpose is so mainstream that there are numerous books, podcasts, blogs and articles on how and why you should do it. I can’t tell you how many conversations I have had with young, and not so young, people about how they can find their purpose.
Some things can be measured easily, but how do you measure the level of empowerment someone feels?
DON’T HIT THE TRAFFIC CONES
Two different types of poverty experiences.